Here’s why tax evaders are disappointed in Estonian e-Residency

Estonia has a transparent business environment that provides trust to legitimate entrepreneurs. It’s not popular with everyone though.

Estonia’s e-Residency program is gaining increased interest around the world from entrepreneurs — and also journalists — as the community grows at ever faster rates.

While it’s often said that ‘there’s no such thing as bad publicity’, a recent article in French newspaper L’Express made me think otherwise after the author suggested that the program could be used by tax evaders.

Not only is this a fundamental misunderstanding of e-Residency, but it is also damaging to legitimate entrepreneurs whom Estonia is proud to serve as members of our e-resident community.

I want to clarify the facts, both for their benefit and to ensure that people understand the enormous positive impact that e-Residency is having — including those with bad intentions who would only waste their time and ours by applying.

As a member of the EU and of the OECD, Estonia is an honest and an active player on the world’s tax landscape and abides by all rules and regulations to which we have over a number of years adhered with diligence.

Estonia has no problematic issues either with the Code of Conduct in relation to business taxation in the EU or with the OECD. There are no delays in implementation of any tax legislation from the EU. After the last round of the latest OECD peer review process, we are also expecting a fully compliant evaluation for Estonia in regards to anti-money laundering and tax regulations, with which not many countries in the world can boast. Our tax treaty network is extensive and we exchange tax-related information with more than one hundred jurisdictions in the world on the basis of the relevant OECD convention, which also means such information exchange is also available to those with whom we have no valid tax treaty. As a member of the EU, we are in a due process of domestic implementation of EU-coordinated anti-BEPS measures (base erosion and profit shifting) adopted in ATAD and ATAD2 (anti-tax avoidance directives) due for transposition soon.

Growing companies have found Estonia to be a great base for starting and nurturing their business partly because our tax system enables them to have a strong capital base and greatly improves their ability to invest. Also holdings, if they have substantial activities in Estonia, have found the system to be useful for financing extensive investments. The full compliance of this system with European law has been confirmed on a number of occasions by relevant European Court of Justice decisions. Despite this uniqueness, Estonia collects a sufficient amount of corporate income tax because our tax rate on distribution is 20% on sporadic or 14% on regularly distributed profits (7% withholding tax adds to the latter if distributed to natural persons).

This tax rate is well balanced in our part of the world. In fact, in 2015, the latest year of all-EU comparisons, we collected more (6.2%) corporate income tax as a percent of total taxation than for example France did (6.1%). This must therefore be sufficient proof to our international partners that Estonia is not in any way a harmful fiscal paradise which should be of danger to other countries.

There are many more examples of how we make sure that our tax system is not prone to abuse and our tax administration works in close cooperation with foreign authorities to address any misuse of international regulations.

Our e-Residency program provides many benefits for legitimate entrepreneurs — such as remote management, lower cost of business services, access to the EU market, and access to a wider choice of e-services — but avoiding tax responsibilities is not one of them. In fact, many e-residents make a larger tax contribution to their home country as a result of their increased profitability by using the program.

As Estonians, we have gained immense benefits from living in a digital nation so we wish to extend those valuable e-services and other e-solutions to more people around the world, including those who would not have the opportunity to start and grow a business without them. Such is the potential of e-Residency for improving lives around the world that the United Nations has even joined forces with the program for an initiative called eTrade For All, which empowers entrepreneurs in the developing world.

In return, Estonia benefits from e-Residency in a wide variety of ways without encouraging e-residents to pay their taxes to our country. Some companies run by e-residents do have their permanent residence here and so they legitimately pay taxes here. The amount they have contributed is already higher than the amount invested in the program, but this is still a relatively small fraction of the contribution made to Estonia by e-residents.

An independent analysis by Deloitte has discovered that the program is projected to return 100 euros to Estonia’s state and economy in exchange for every one euro that was invested in the program.

People who establish a company through the program are, for example, far more likely to conduct additional business in Estonia with companies that are based here or travel to Estonia for business and leisure (even though there is no obligation for either of these). This is particularly significant when you consider that an increasing number of e-residents had little awareness of Estonia before discovering the program.

Our ability to offer these benefits globally through e-Residency is based on trust. Our secure digital signatures ensure that the identity of e-residents can be trusted, while our transparent and carefully regulated business environment ensures that their companies operating in it can be trusted too. For example, key information about companies — such as their ownership and taxation — is publicly available. Not of least importance is that contracts bearing digital signatures are legally fully enforceable, also in courts.

It’s important to note that e-Residency is not a right, but a privilege that Estonia can offer to screened and identified people who wish to join our digital nation without living here. In order to access our business environment as an e-resident, you must apply to the Estonian Police and Border Guard Board (PPA) and then show up in person once either in Estonia or in one of more than 30 foreign representation offices to collect your card and provide your fingerprints.

In addition to being subject to the laws of their own country, e-residents remain under the watchful eye of the Estonian Police and Border Guard which has both a duty and the capability to detect and punish criminality. E-Residency can be revoked — and already has been — in order to protect the benefits of the program only for those that wish to use them legitimately.

Understandably, tax evaders do not like any of this. That helps explain why only 2% of applications for e-Residency have to be rejected. Those with bad intentions shouldn’t waste their time applying, nor the price they pay in advance for their own background checks.

Estonia’s taxation system does have favorable features for investors — including a unique corporate income tax system that has worked well for almost 20 years — but a company can only benefit from it on its profit attributable to Estonia. If your activities create a permanent establishment elsewhere (a fixed place of business in a foreign jurisdiction), this may give rise to taxation there. If e-residents have any doubt then I would recommend reading the following advice from the head of the Estonian Tax Department and always consulting a professional tax advisor to understand your company’s obligations. In fact, you should always start by consulting the tax administration first, because their advice is swift and, by law, free of charge for all, which also explains why in Estonia there isn’t a comparable market for tax advisors on everyday matters. 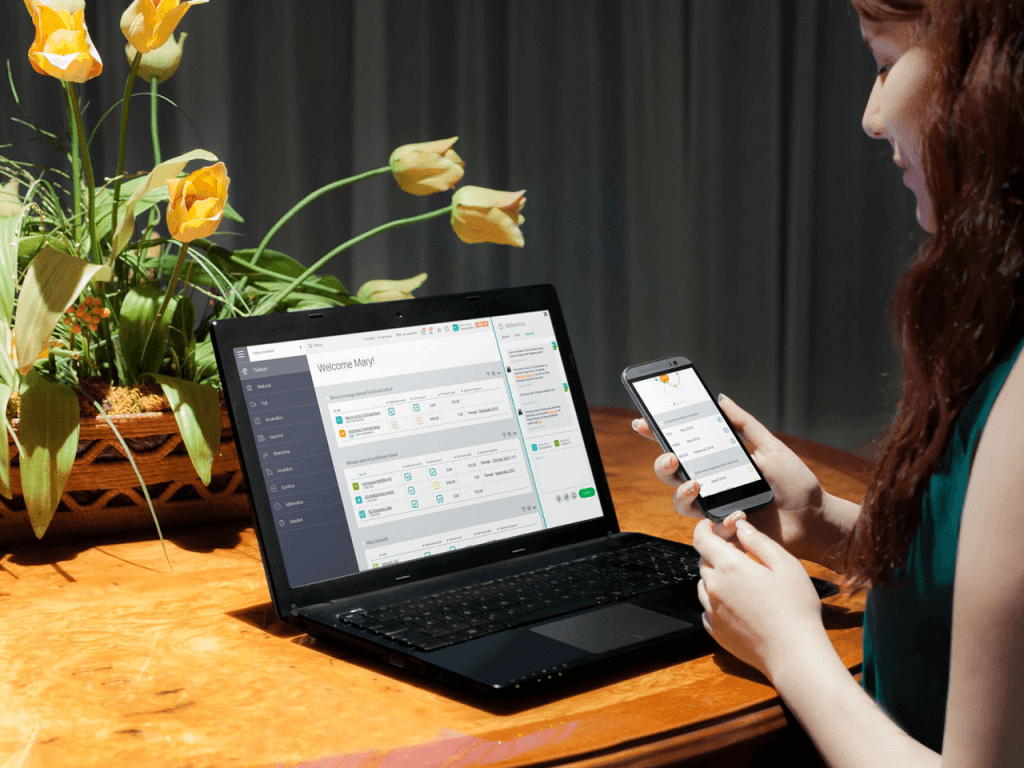 How do e-residents pay taxes?
E-Residency is not tax residency: clarity from the Tax Board on how e-residents should pay taxes for their Estonian companies.

If, for example, a French entrepreneur opens a business in Estonia through e-Residency, but all of his or her physical operations are from France, the work is carried out in France, and all of the sales are done to France, then with 99,9% probability there will be a permanent establishment in France and all of the profits on these fully French operations will be taxable in France. No one must have any misconceptions about that. In addition, should there be international operations the profits of which would be taxed in Estonia, then the dividend paid to a French resident will be subject to tax according to the French tax rules on private individuals (and the French authorities will receive adequate tax information from Estonia).

I also need to point out that the 14% + 0% tax for foreigners, which was mentioned in the article from L’Express, is only possible for non-resident legal persons who, in the case of France, have to account for their tax obligations in France anyway and possibly be subject to French corporate income tax. Actually, this additional 0% is in most cases an obligation established on us by the EU directive on parent and subsidiary companies.

So Estonia does not aspire to be a tax haven and — in addition to our moral objections — would not benefit from becoming one nor be able to adequately serve its e-resident population if it did so.

Ultimately, a tax haven is only able to minimize a company’s tax bill by up to 100% but that is useless if a company is not able to grow. Estonia would rather be an administrative haven and offer all the advantages of Estonia’s trusted business environment which has the potential to help entrepreneurs conduct business globally with greater ease.

Legitimate entrepreneurs will always be welcome here, both digitally and physically.