how popular is esports? esports statistics, growth and future

The world of esports is rapidly expanding, with new esports leagues, teams, and tournaments popping up everywhere. As more people get involved in competitive esports, sponsors and investors are looking to the future of the esports business and its growth potential.

But why is esports popular, and what kind of growth should people expect to see in the next few years? This article will discuss everything you need to know about esports as a viable business.

Before diving into esports statistics and why you should pay attention to this booming market, you have to ask: what is esports?

Esports is the practice of gamers playing video games in a competitive environment against other individuals or teams. Esports is an organised gaming style quickly developing into a multi billion-dollar industry.

Millions of people globally enjoy watching esports competitions and seeing their favourite gamers compete to win in games such as Fortnite, Call of Duty, and Overwatch, among many others. The massive growth in this market means that the future of esports is looking bright.

How Popular is Esports?

Playing and watching esports is more popular than you may think. In 2022 alone, the esports market had a value of over 1.38 billion US dollars and could grow to as high as 1.87 billion dollars by 2025. The massive revenue in the esports market is one reason why, in 2022, 532 million people worldwide watched esports, and in 2025, this number will likely skyrocket to over 640 million audience members.

Another reason behind the popularity of esports is how Millennials and Gen Z view the practice. Many younger people view esports as a professional career because of how famous online gaming tournaments are to individuals in this demographic.

The increasing profitability of esports gamers makes it an appealing career and business opportunity for many in this age group. Universities worldwide have begun offering esports programs and clubs for students looking to develop the professional skills necessary to be successful in the industry.

Estonia has its own celebrity esports players such as Puppey who currently plays Dota 2 for Team Secret and has amassed over 3.7 million dollars in career earnings. Players like Puppey help grow the ecosystem and bring new players into the fold.

How do esports Companies Generate Revenue?

Many esports businesses rely on sponsorships and advertisements for the majority of their revenue. Successful esports companies will sign deals with different sponsors to help fund their teams and garner more attention from esports fans.

Additionally, gamers that stream their esport battles typically include information about their sponsors and advertise different services and products offered by the sponsoring company. Streamers might include a promotional code to encourage audiences to check out the sponsor or show how one of their products works to encourage the audience to make a purchase.

However, esports organisations receive sponsorship money a bit differently. Instead of being sponsored for individual streams, esports companies get some of their revenue from on-site sponsors and through advertisements during individual streaming sessions.

We’ve developed a helpful sponsorship contract template that esports organisations can use when signing agreements with partners for esports tournaments and other events.

Esports companies also get revenue from ticket sales for gaming tournaments and events. As more people develop an interest in watching esports, ticket sales are increasingly profitable and will likely become more profitable in upcoming years.

Revenue from merchandise and ticketing sales for esports companies will likely generate around 107.9 million US dollars in revenue during 2022, making it an increasingly profitable investment for esports businesses looking to expand their revenue.

Esports tickets are available for in-person events, but many esports fans will attend their favourite tournaments and competitions through online events. Because of this, media rights are a huge source of revenue for esports companies. While individual gamers may choose to stream on their channel, marketing larger tournaments requires the rights to broadcast and stream events on popular platforms and networks.

Media rights are a crucial part of how esports businesses gain revenue, but getting deals with networks or streaming services isn’t always easy. Organisations must negotiate and prove that their teams are successful and profitable enough to justify broadcasting. Getting media rights typically involves contracts between esports companies and streaming services like Twitch.

Speaking of Twitch, many esports gamers and businesses receive extra revenue by utilising the platform’s built-in features for audience donations or payment requirements for viewers to be able to fully participate in the streams.

While publisher fees typically generate lower revenue compared to the methods mentioned above, they are still an important way for esports companies to gain revenue. Publisher fees are payments from tournament organisers to esports businesses and game publishers that permit using the publisher’s intellectual property.

Though game publisher fees generate revenue, they are the slowest revenue stream for esports businesses, making it essential for organisations to focus on other revenue methods rather than relying on these fees alone. 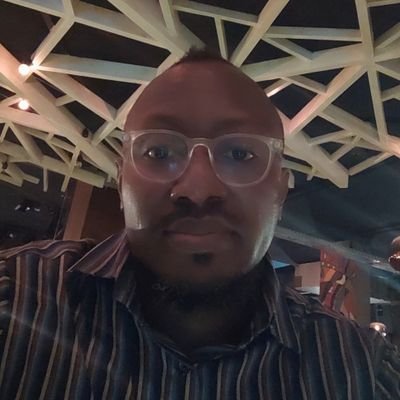 e-Residency and esports: Kofi’s story
Estonian e-resident Kofi Sika Latzoo is an esport lecturer and trainer since 2018. His agency has delivered more than 100 esport and gaming events on the continent since 2012.

Running Your eSport Business with e-Residency

If you want to learn how to start an esports business, then look no further. E-Residency helps organisations start their own esports company online and offers tools to manage your esports teams and events successfully.

We believe that esports teams should be able to focus on winning the next tournament, not on all the paperwork needed to set up agreements between players and sponsors.

Take a look here for model contract templates for collaborating and contracting safely and compliantly:

E-Residency makes it easy for organisations to start an esports business. Start here!