Do e-residents feel a sense of belonging to Estonia?

As an e-resident, what is your relationship with Estonia? Do you see e-Residency as a purely transactional programme, providing a platform to do business? Or do you feel like you’re a member of Estonia’s digital society – something like ‘digital citizenship’? Or perhaps, your relationship lies somewhere in between.

A recent academic study set out to examine these questions. The resulting paper, Estonian e-Residency and Conceptions of Platform-Based State-Individual Relationship (Tammpuu et al., 2022), was published in March 2022. In this blog article, I’ll summarise its methodology and findings. You can access the full paper online here.

Why was the study made?

The study set out to explore how government-supported digital ID systems create new types of relationships between individuals and states. It draws on the concept of ‘platformization’ and uses Estonian e-Residency as its empirical case study.

Put simply, the authors wanted to look at the significance of e-Residency not just as a technology or function but also socially and culturally. They thus explore how e-Residency creates new kinds or forms of relationship between individuals and states.

E-Residency is a policy concept introduced by the Estonian government. It allows foreigners to apply for a state-issued digital ID to gain remote access to Estonian public and private e-services. The programme combines “Estonia’s digital ID infrastructure, competencies and national aspirations for economic growth with a global demand for internationally operable digital ID solutions and e-services”. This signifies a shift in how governments interact with people. That is, from one set by geography to one that is virtual “as citizens can use an e-government service from any location as long as they have access to the Internet”.

How was the study done?

The authors interviewed 25 e-residents from a variety of nationalities (EU, third country) and with differing reasons for joining e-Residency (business, fans). The semi-structured interviews focused on individual motivations for be(com)ing an e-resident, personal experiences, pros and cons, and how they understand their status as an e-resident in Estonia.

Based on the data gathered from these interviews, the authors examined the ways in which e-residents construe e-Residency vis-à-vis their relationship with the Estonian state.

What did the study find?

Responses from the interviewees revealed two broad and contrasting views of their relationship with the Estonian state:

So, the digital state is not only perceived as a platform manager and a service provider. It’s also seen as a membership organization enacting its rules of inclusion through its digital ID schemes.

E-Residency as a service gateway

Regarded as a ‘service platform’, participants described e-Residency to function as a ‘gateway’ or ‘one-stop-shop’ through which to access the necessary e-services for doing business. They drew parallels with commercial digital platforms or applications that they regularly use, like Google or Facebook. For some, e-Residency served to facilitate access to the EU market and international banking and financial services. In this way, they expected e-Residency “to compensate the restrictions of (physical) cross-border mobility or restricted access to commercial e-services related to one’s nationality and/or residency”.

On the other hand, interviewees perceived e-Residency as a mode of (digital) transnational belonging in a state. In these instances, they highlighted digital inclusion and membership concepts like ‘digital citizenship’. Common themes for the e-residents interviewed centered around the programme’s “perceived openness and inclusiveness…rather exceptional in the current ‘age of restrictionism’, characterized by states’ restrictive migration and citizenship policies.” Interviewees’ personal stories evidenced multiple ways in which e-residents could feel themselves ‘connected’ with the Estonian state. For instance, in addition to learning about the country and society, several interviewees had started or planned to visit Estonia after becoming e-residents. Some had also decided to move to Estonia and become residents there.

This feeling of belonging to Estonia is consistent with what we hear from other e-residents all the time! Read Michael’s story and find similar e-resident stories on our blog: 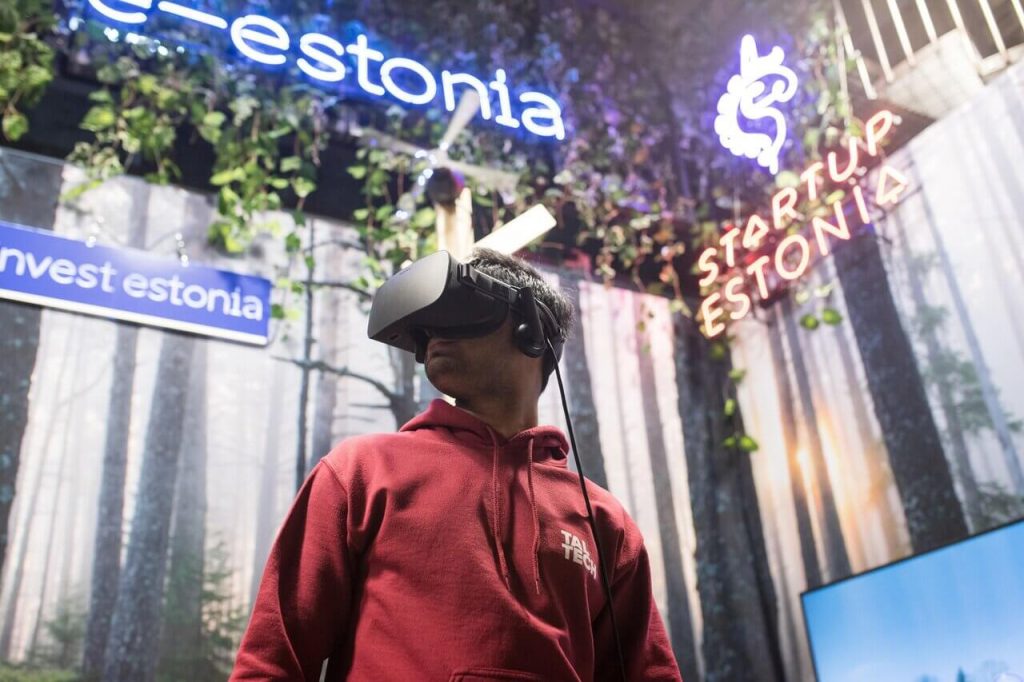 The study’s findings indicated that apart from a transactional service-based relationship, being an e-resident can also imply a sense of membership – or ‘digital citizenship’ even – in the state. The programme thus serves as a basis for transnational belonging.

These alternative approaches to e-Residency evidence a change in perceptions of the state. On the one hand, the Estonian government is seen to represent a state that performs as an active ‘market actor’ in the platform society by introducing its digital services and solutions to a global digital market. Yet, at the same time, the digital state is also perceived as a ‘membership organization’. Estonia purposely extends its social membership beyond its territorial borders. This is through its digital ID infrastructure and services. But it’s also its communal values and suggested visions of a ‘borderless digital state’.